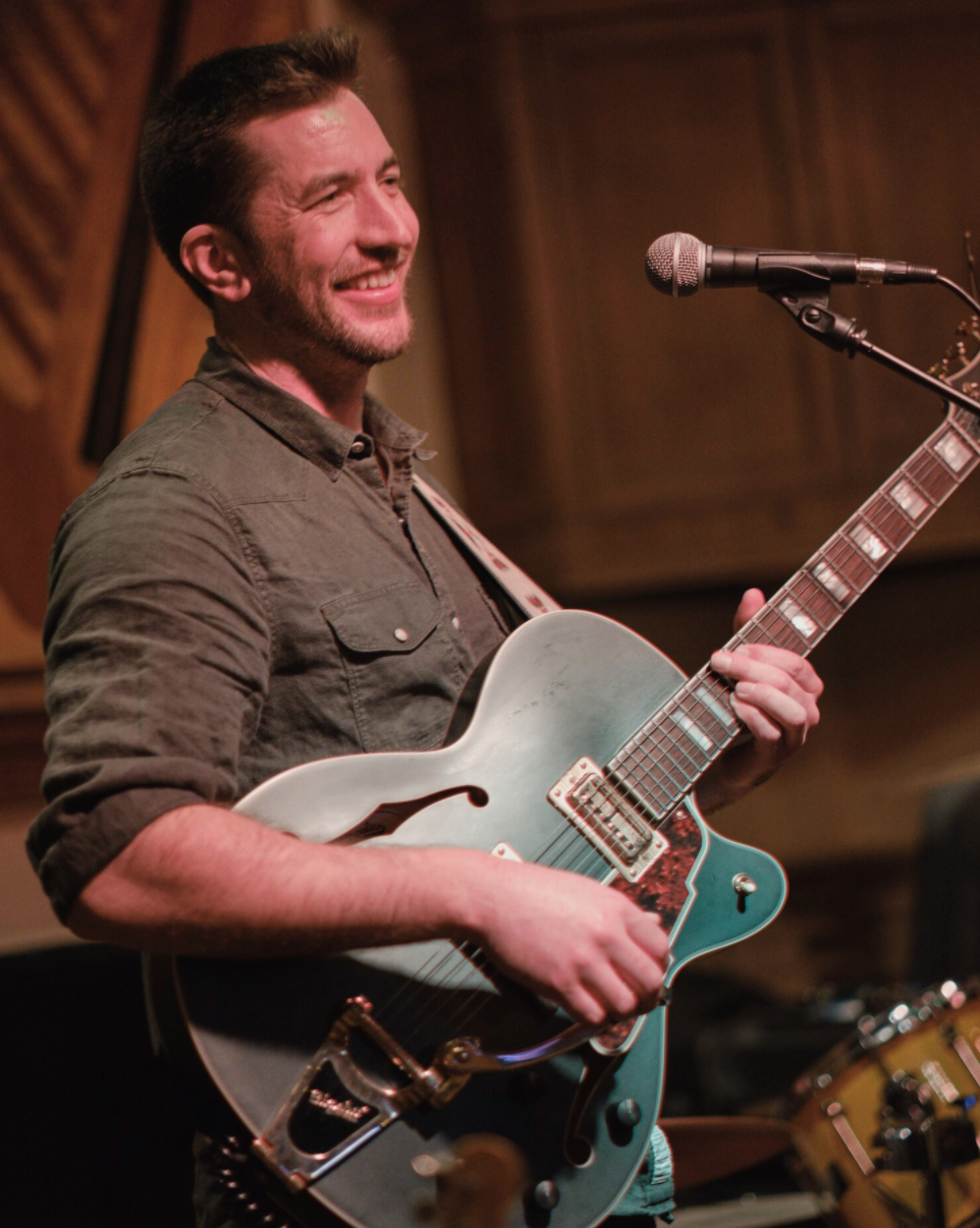 One of my earliest memories is dancing around my childhood home’s family room to the infectious sounds of 50’s, 60’s and 70’s Rock ‘n’ Roll music flowing from my parents’ old vinyl record player. I knew from a young age that music was captivating, beautiful, mysterious, and something I was attracted to. As soon as I could sign up for music classes in school I jumped at the opportunity. I cycled through 6 years as a trumpeter but it was when I was 14, plucking the rigid strings of a friend’s guitar that I truly found my passion. I listened to Jimi Hendrix records on repeat, watched his performance at Woodstock ‘69 over and over as if to absorb his abilities through a strange osmosis. I couldn’t put the guitar down, I carried it through school, played it during every break between classes, and every night until my parents sent me to bed.

I played in a Rock ‘n’ Roll band throughout High School and College, booking shows, playing passionate guitar riffs and soaring solos doing my best Robert Plant or Kurt Cobain impression all the while. It wasn’t until I was forced to play alone that I discovered the more nuanced songwriting approach of Tom Waits, The Beatles, M. Ward, Bob Dylan, Roger Miller and countless others. My sister, Emily Helena and I began to write music together and began performing as an acoustic duo. I realized her undeniable lyrical talent and we worked and performed so effortlessly together forming the band “Radiokeys”. We have been writing and performing together ever since.

In my early college years I discovered a love for recording music. Why would I spend so much tireless effort crafting original material and have no control over how it was eventually forged? I began my music and recording studies at Diablo Valley College and continued throughout the University of California at Santa Barbara, even supplementing some schooling through Santa Barbara City College. I received my Bachelor’s Degree in Music in 2011 from UCSB.

I briefly became disillusioned with the world of music, pursuing more social interactions, athletics, and a 9-5 desk job. As time wore on it became more and more clear to me that the business life wasn’t my purpose. I made a life changing decision and quit my desk job and moved from Santa Barbara back to the San Francisco Bay Area to pursue a music career full-time, I was reunited with my songwriting partner Emily, I was again with my full band Radiokeys and I took a step towards performing solo, acoustic music. I learned more and more cover music for my solo sets and wrote and recorded a few records during this time.

In addition to conducting solo shows and performing with my band Radiokeys, I produce and host a podcast titled “Radiokeys Presents” which discusses up and coming musical artists, details critical moments in Rock ‘n’ Roll history, and features special musical guests. I also teach private music lessons to students of all ages and produce, record, and engineer music as well. All in all music has treated me well, and I hope to treat it the same way