Uniquely tied to the exciting world of professional sports car racing and garnering wins from racing around a track at 180 miles per hour at the highest levels of professional competition takes extreme focus, attention, and a drive for perfection. To professional race car driver and team owner, Kevin Buckler so does winemaking.

Following the legendary success of his professional race team The Racers Group (TRG), Kevin and his wife Debra opened Adobe Road Winery in the heart of Sonoma County in 2002. Their goal, to craft wines that exemplify the true essence of California’s most revered winegrowing regions. “We work hard to make sure each bottle of Adobe Road wine showcases the best attributes of each individual vineyard, within each appellation we source from,” says Kevin. “We choose the best parts of Sonoma and Napa Valley for our elite Cabernet Sauvignons, Dry Creek for our hedonistically rich Syrahs and Zinfandels, the Russian River as well as the Petaluma Gap for our ethereal Pinot Noirs and lavishly flavored yet sleek Chardonnays.” 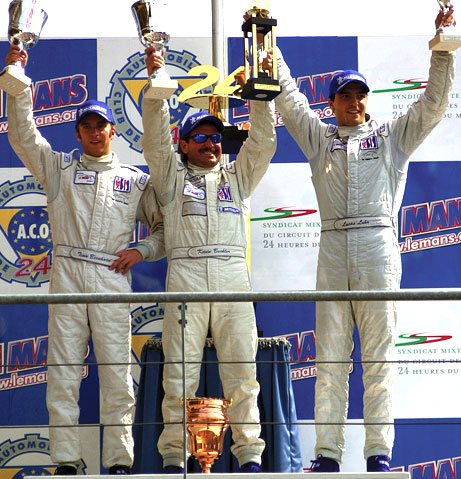 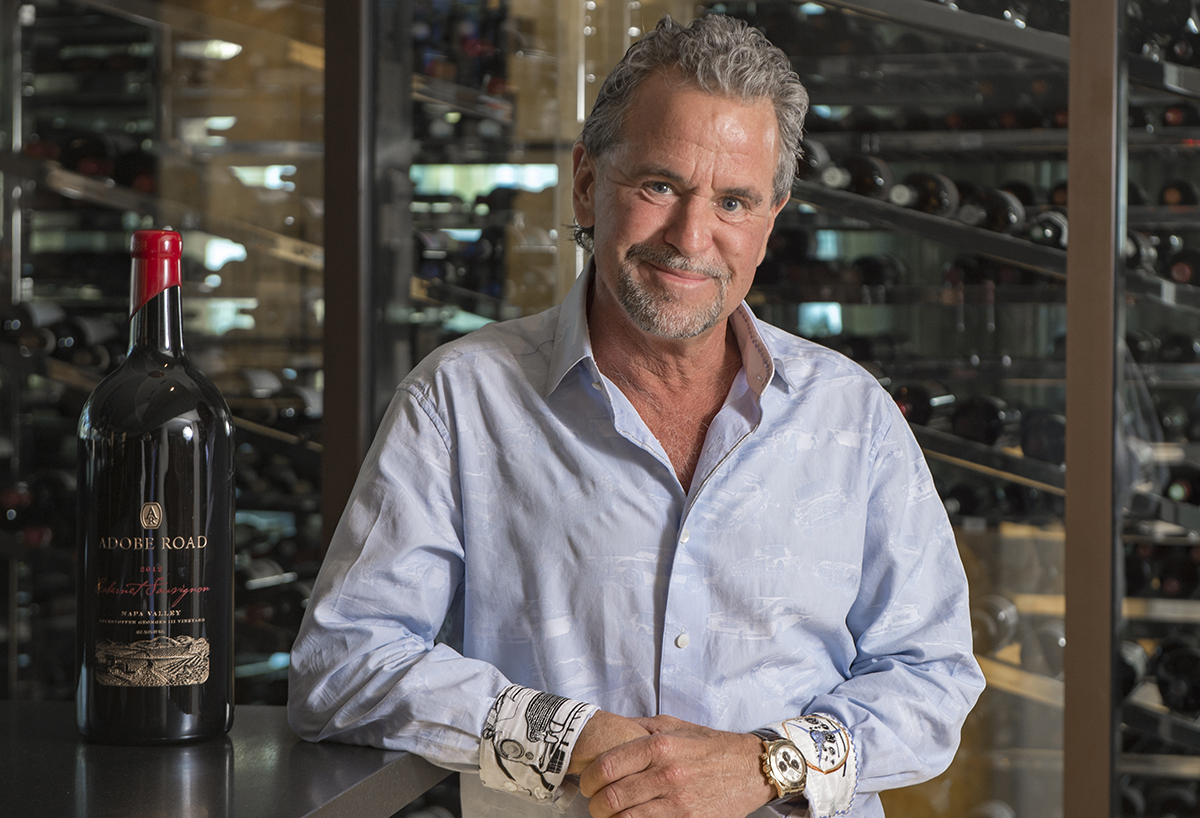 Adobe Road sacrifices nothing when it comes to producing their line-up of premium wines. Kevin himself spends countless hours working closely with his Winemaker, Garrett Martin, and team, to perfect the flavor and balance of each and every release. He takes the time to study the fruit, experiments with new blends and meticulously monitors the fermentation process ensuring the ideal conditions throughout production. Adobe Road knows the importance of nurturing its relationships with California’s most renowned and passionate growers. It is this attention to the details that brings out the personality and character of the wines and has garnered so many awards with prominent wine publications and industry competitions throughout the years.

In 2008, after substantial success, Adobe Road took the next steps in their growth when they moved into a production facility just steps away from their sister company TRG in Petaluma, CA. Kevin felt it imperative that he have uncompromising access and control of the process when making such special, artisanal wines, especially in these small, exclusive amounts. “There isn’t always a need for speed in my life,” jokes Buckler. The winery was specifically designed to allow Kevin and his team to spend time with each lot. Carefully monitoring each barrel allows him to make the right decisions at the ideal time. Kevin savors the process which helps him fully understand and manage the many variables that go into developing these prestigious wines. 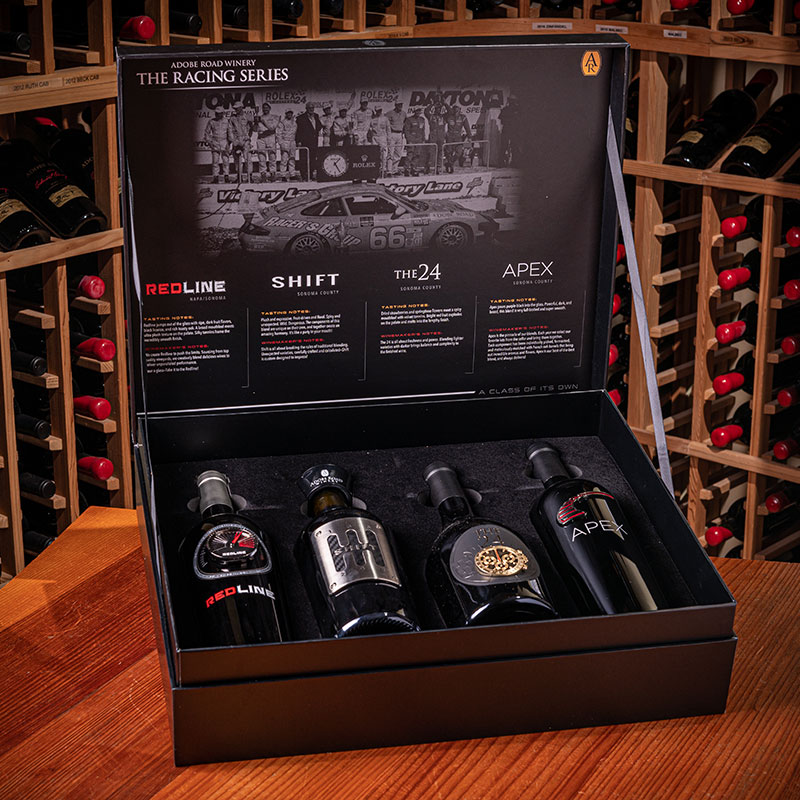 “We work hard to make sure each bottle of Adobe Road wine showcases the best attributes of each individual vineyard, within each appellation we source from.”

Kevin Buckler likes to build things. A successful entrepreneur and professional driver, Kevin is the owner and founder of The Racers Group (TRG), TRG-Aston Martin Racing and Adobe Road Winery. As a driver and owner, Kevin’s accomplishments include one overall win and 4 class wins at the Rolex 24 Hours of Daytona, a win at the prestigious 24 Hours of Le Mans, and the title of 2002 Porsche World Cup Champion, as well as wins at most of the major motorsports circuits in North America.

Kevin founded TRG in 1992 and has driven its growth since then, competing at the top levels of motor racing for over 20 years. The team has become the most successful privateer team in professional sports car racing, but also has also competed in the ARCA, the NASCAR Camping World Truck Series, and the NASCAR Sprint Cup Series. In 2013, TRG continued its storied tradition by forming TRG-AMR and assuming the reins of the Aston Martin Racing program for North America. 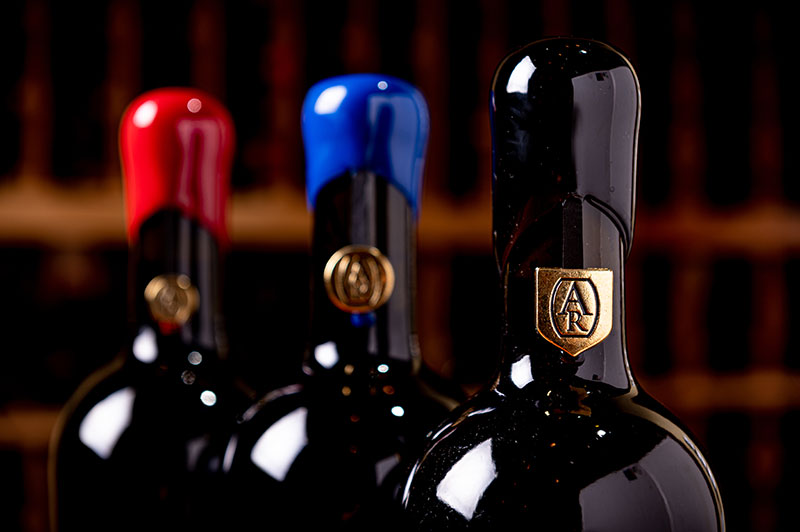 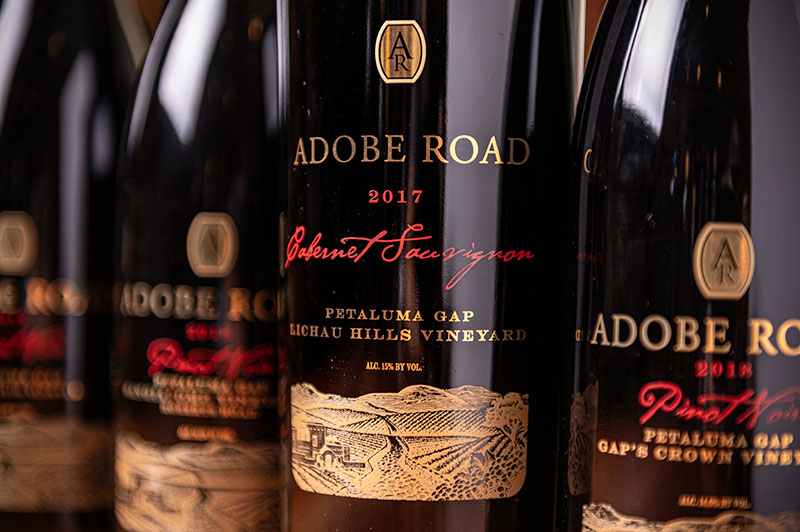 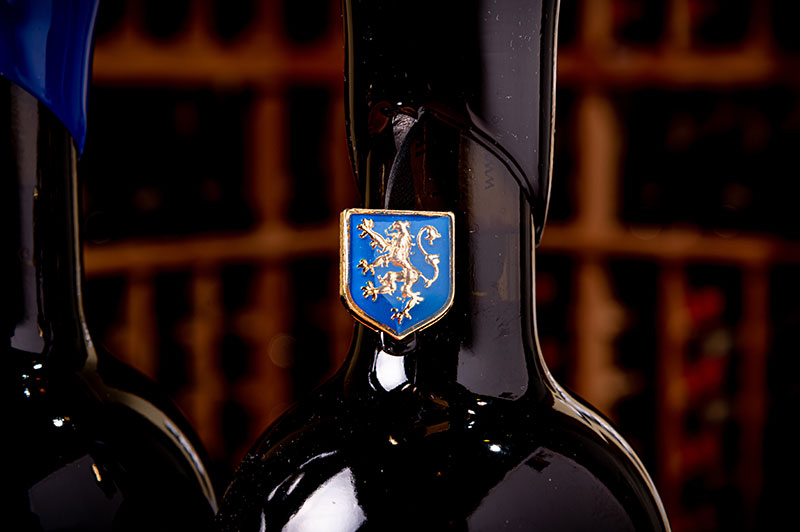 Kevin balances this love of speed with another driving passion—wine. Kevin takes the same painstaking preparation and attention to detail used in his auto racing ventures and applies it to the careful and meticulous crafting of his Adobe Road wines. With his wine team, he spends countless hours in the vineyard and the winery to create elegant, balanced wines with intense fruit and great regional character. He participates in all final winemaking decisions and is frequently seen with a row of sample glasses on his desk.

An active outdoorsman and athlete in multiple sports, a passion to be the best drives Kevin in everything he does, but he enjoys nothing more than spending time with his friends and family, especially his wife Debra and three daughters KT, Alysa and Kelly. 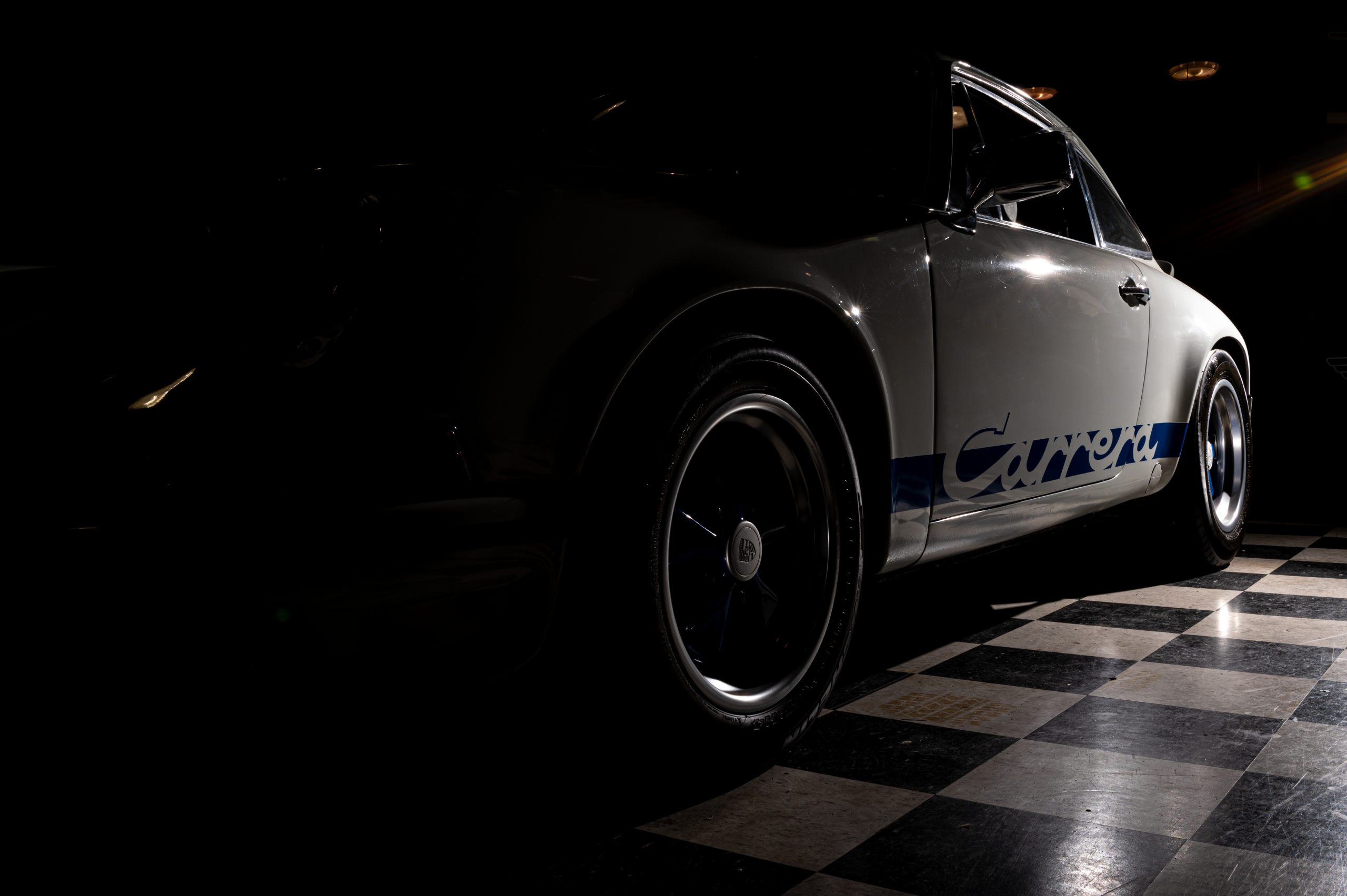 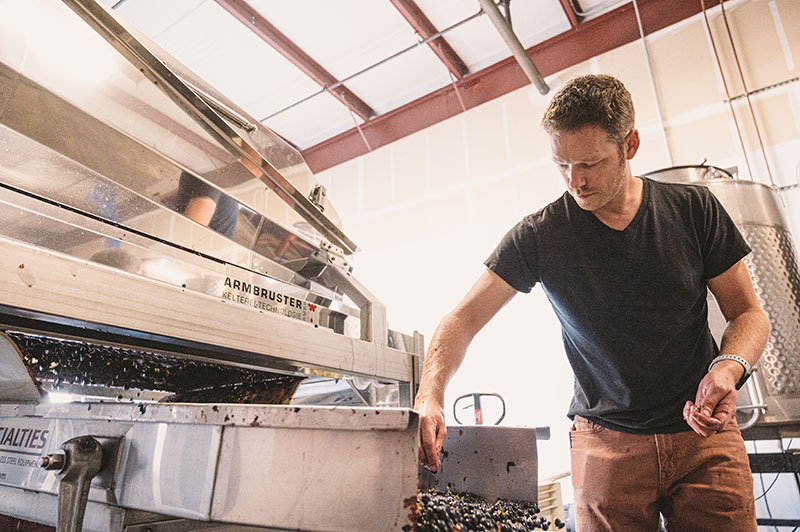 Over the past decade, Kevin has transformed a corner of Petaluma into a state-of-the-art winemaking facility. As you can imagine, the facility has a complete collection of the latest equipment—everything the team needs. That’s Kevin’s philosophy—source the best grapes, hire the right people, and give them everything they need to succeed. Like his race shops, the winery is spotless. It looks more like an operating room than a cellar, because Kevin believes that every little thing matters, even how you clean the floor. Not surprisingly, Adobe Road Winery is collecting medals, awards, and accolades from around the country. The wines are doing very well. Kevin wouldn’t be satisfied with anything else. He doesn’t make the wines just for awards, he makes them because he loves to share great wine with his family and friends.